The Legends of Neverland is a newly released role-playing game developed by GameArk Global in July 2021. There are many classes in the game and also has the best gameplay. You can get more adventure in this game by doing activities like fishing, mining, cooking, etc. The players can adopt different fashions in the game. You can also freely switch between different classes. The players can explore unknown mysteries in the game. Both Android and iOS users can enjoy this game on their Smartphones. You can also play The Legends of Neverland on PC by using Android emulators. The Legends of Neverland is unique role-playing with typical gameplay. In this game, the players can select legendary characters from different classes and play the game. It has a unique tier list that revolves around 4 different classes of the game. In each class, the characters have different skills and abilities. The Legends of Neverland is new for some players and therefore many players are unaware of the tier list of this game. The tier list is not complex for old players and they can easily select the best characters for their team to train them and fight against the enemy characters. The Legends of Neverland has four classes named Gladiator, Ranger, Craftsman, and Scholar. These are not the same and each possesses unique skills. The roles of these four classes are also different from each other and they can perform different functions. So the players need to understand these classes completely. Here in this article, we will discuss the classes and skills in detail. After our this classes and skill guide all the new players can select the best character for its game. So for better results read the guide carefully. It deals with high damage and also its damage-dealing increases when the target comes closes.

Through this skill, the enemy can be damaged by launching the sword energy.

This skill is specialized for front area, and it can damage front area enemies three times more. It also has cool downtime.

This skill can stun the target and deal with double damage.

It is a near area skill of this class and it harms the enemies four times than normal damage.

The Ranger class is also an attacker and damage dealing class of The Legends of Neverland. It also immobilizes the enemies for few seconds. Mostly this class characters are experts in high damage dealing. The skills of this class are following It is the best skill of this class and through it, you can mark the target and hit the target like a hunter. It can deal with 30% more damage.

It is a front area specialized damage dealing skill of this class and it also can apply Hunter’s mark to the target.

This skill can apply Hunter’s mark and can damage the target with 5 times more damaging effects.

This skill can immobilize the nearby enemies for 5 seconds. To better results, the skills can also utilize Hunter’s mark and damage target more by it.

Kick in the Roundhouse

It is also a front area skill of this class and can deal with adversaries’ damage.

The Craftsman class is famous for blasting powder. It has also support skills and can deal with high damage. It can help the team to recover HP and also sometimes stuns the target. It has many skills The Blasting Sparkle is the more powerful and famous skill of this class. It has blast power to damage enemies and this power can weaken the enemies for 5 seconds. This skill can also inflict vulnerability on its target.

This skill is support and damage dealing. It attacks nearby enemies and recovers 15% HP for each second. It can also inflict vulnerability and deal with massive damage.

The summon Hydra, can damage the target in the Hydra region and is also famous for inflicting vulnerability.

This skill can charge the target and damage the opponents with 2 times the power. The target inflicts vulnerability can be utilized through this skill.

This class has few skills and it is specialized for some purposes only. Here we discuss its skills. It can damage the opponents by launching fireballs on them.

The sacrifice of the thunder

It is high damage dealing and lightning skill of this class. It can light around the players and deal with 6X damage.

It can freeze your nearby area and inflict damage to the target also freeze you for one second.

It is a healing skill of scholar class and it can heal at the rate of attack.

How to download The Legends of Neverland on PC?

It is a lighter Android emulator to play games on PC. It has a fast browsing and gameplay system. It has a lighter weight and it is safe for the PC system of players. It has high-quality graphics and the best interface for players. It has advanced settings and features for easy PC gaming. It can keep your privacy and does not affect your PC system. 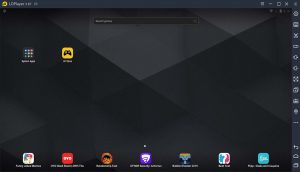 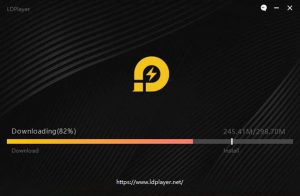